The answer, in the case of the walled garden and fountain at Auckland’s Parnell Rose Gardens, is not like that at all. The garden is simply locked during lockdown, and I had to make do with a shot though a gap in the iron gates on the weekend.

There is nothing, however, like not being able to do or have something to make you f**king want it all the more.

Adam and Eve, back in the day, didn’t put up with a little frustration in the Garden of Eden. They can take all the blame… 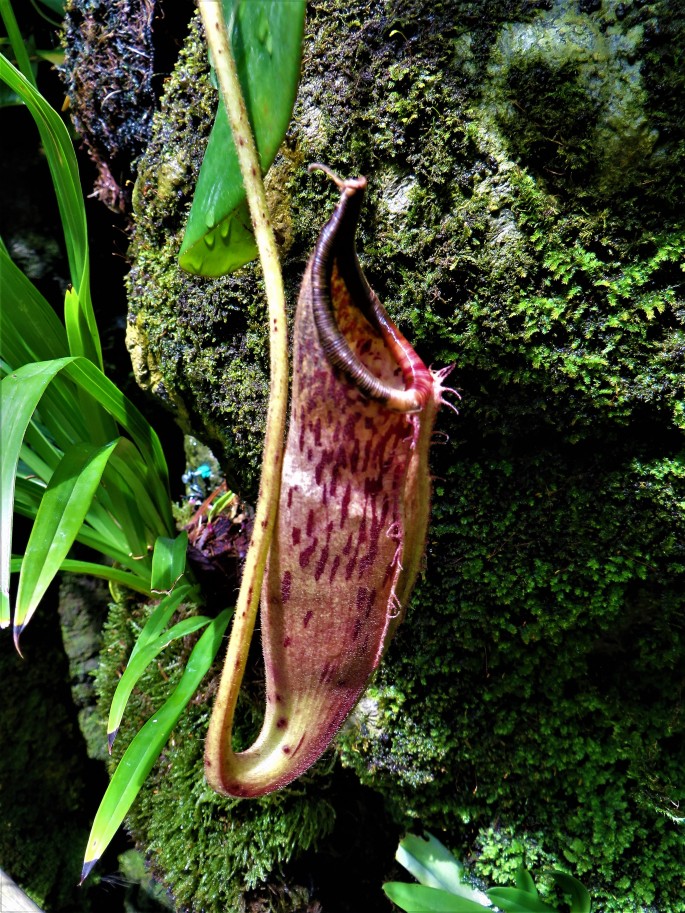 “Tempted by the fruit of  another

tempted  but the truth is discovered

what’s been going on

now that you have  gone

tempted by the fruit of another

tempted but the  truth is discovered”

It’s been going  on since Adam offered Eve off-the -menu fruit in the Garden of Eden.

And like an insect entering the above tropical plant, some forbidden things look alluring, but could lead to a sticky end.

The Squeeze song (still have the 45 single from back in the day!) was in the soundtrack to a movie I watched recently, and was played right at the end in a party scene, where are the characters nicely resolved all their sneaky affairs and tortuous relationships.

But that was a movie.