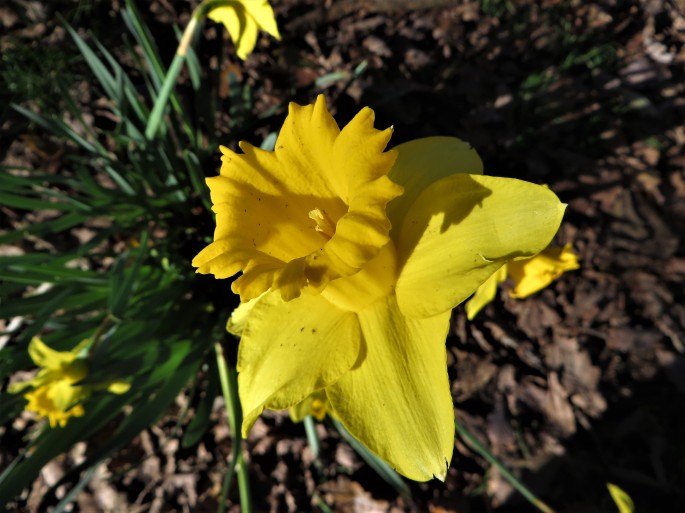 Mid-July and daffodils have begun to appear in Auckland parks.

This bright yellow flower was shot a couple of days ago,with the temperature sitting at a relatively balmy 17/18 degrees Celsius.

“Ooooh, spring is on its way”, people coo.

Monster, frigid, gales have since come piling in from the Antarctic and the southern oceans, bringing rain, general havoc and single figure temperatures to our part of the country. 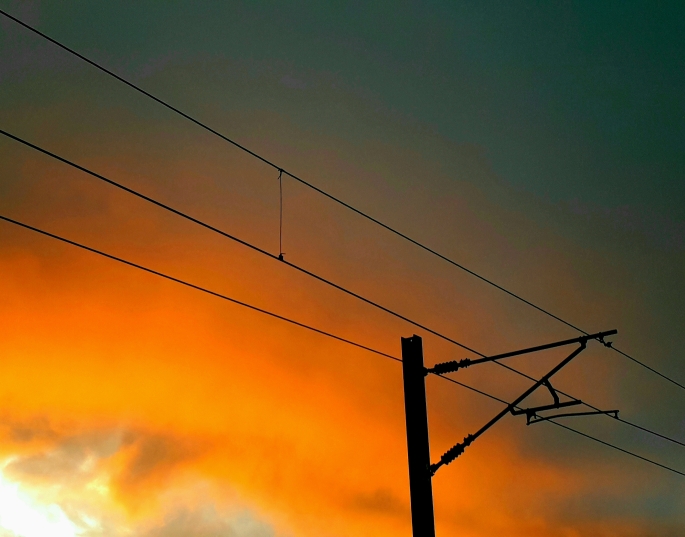 All the way along the waterfront on the train today , the rainclouds hovered darkly just above a layer of evening light.

They were still that way as I alighted onto the platform.

Not me, for the anticipation of rain and its release upon us is so wonderfully life affirming.

And what was signaled has now fallen with great intent…