“All at once, summer collapsed into fall” – Oscar Wilde

In the Southern Hemisphere ,Easter sits seemingly opposed to the new season, with its imagery of eggs ,new life and rebirth more redolent of  spring.

But not really, as for every birth there needs to be the death of something ; there is no beginning without a  prior ending….I know myself what it is like to have collapsed, fallen and then started afresh in life.

(PS: Grateful for the end of humidity, hot sleep-disturbed nights and mosquitoes!)

” Precisely the least, the softest , the lightest, a lizard’s rustling, a breath, a flash, a moment – a little makes the way of the best happiness.” 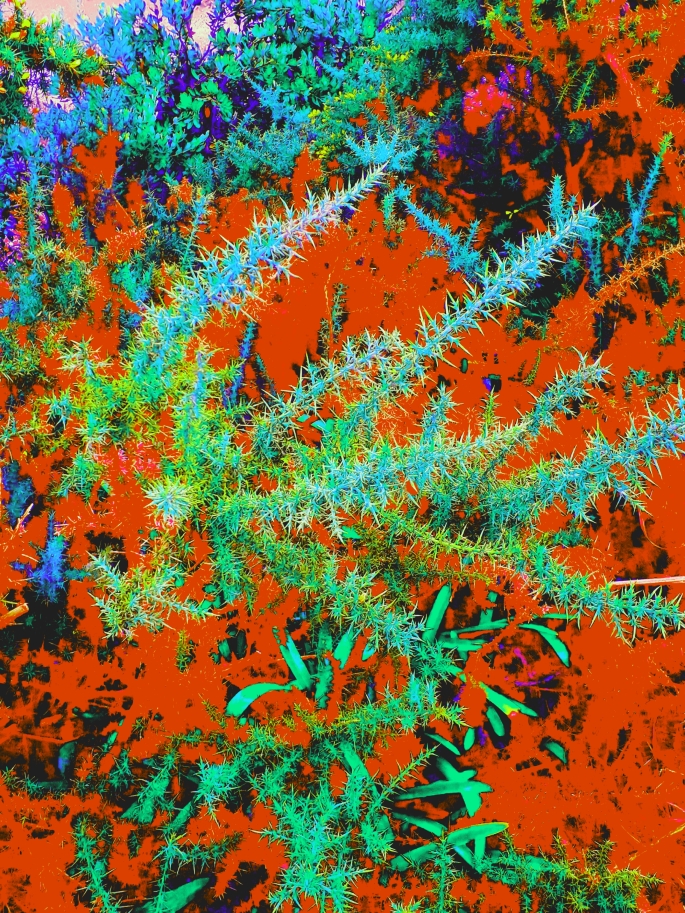 Carrying on from yesterday’s post, ‘Barbed Wire Blues’, on the theme of things sharp, pointy and generally unpleasant, pictured is a gorse plant. Originally introduced from Europe to New Zealand as a farm hedge plant, gorse has misbehaved in spectacular fashion, spreading everywhere like wildfire and is considered the most noxious ground weed in the country. Most Kiwis would have come off second best in an encounter with this prickly, thorny bastard.

Botany lesson over, the title of the post  comes from an old  Greek saying :”It is hard for you to kick against the pricks”.It crops up in the New Testament too.It has to with beasts of burden being controlled in work like plowing and haulage by a sharp prod.To kick against it would mean the prod would dig in deeper.Not great.

When we go against our own nature  and true gut instincts,and are not in tune with our environment,matters can  get painfully worse,or that is my experience at least .Sometimes best not to fight the tide!

On the other hand,given the modern colloquial  use of ‘pricks’ ,it is tempting to give those people who cause us grief a fair kicking…

“Why do you stay in prison, when the door is so wide open?”

Last  night I was watching a rerun of the movie ‘The Terminal’, starring Tom Hanks. His character is from a fictional republic in the  former Soviet Union and he  lands at New York ,but because of a revolution at home he is rendered stateless and thus unable to leave the  airport terminal .He has a personal mission  he must achieve in NY ,but when he is “gifted” a small envelope of time by the immigration authorities to walk out to America ,while they turn a blind eye , he hesitates at the doors ,and cannot exit, held back by fears.

The scene Rumi’s words above . All of us have at some time been held captive by fear and doubt, often of   our own making. When the chance  to escape comes, are we courageous enough to do so, or will we languish in our all too familiar cell?

“We are the ones who stayed  behind, for all those good, bad and ugly reasons: because of caution, for conformity and obligation but mostly I suspect because of habit and fear. We didn’t take the risky road.”

Gill was describing those people who did not migrate from the Old World, Europe, to the new one, America but he could equally be describing all who have stayed where they were in a situation, place or relationship because they felt bound to it, refusing to take the leap into the unknown new. It speaks to me anyway… 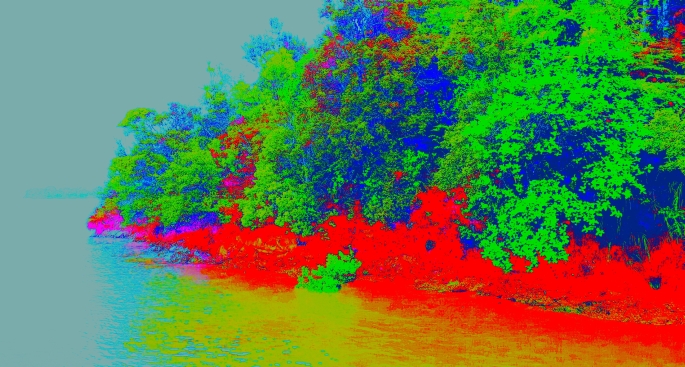 “Confusion is a word we have invented for an order that is not yet understood.”

‘I’ve got a blue motel room

with a blue bedspread

I’ve got the blues inside and outside my head…’

Shot this on a rainy night on holiday in Nelson; alone that evening so walked the balcony’s length a few times to kill time, boredom and a drifting anxiety. Motels never feel like home or any place you would be if you didn’t have to be there. Queen Joni summed up my mood on that evening perfectly.